The Leaning Tower Optical Illusion created by Fredrick Kingdom, Ali Yoonessi and Elena Gheorghin. It is a fairly simple illusion in that its actually the exact same image in both pictures yet the one on the right appears to be leaning;

As a side note i found that if you cross your eyes so there is three images of the towers when the middle one if formed it looks 3D and almost pops out at you! try it! 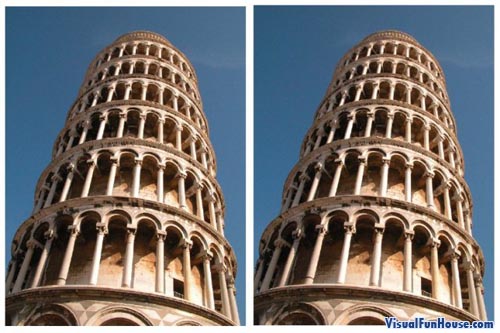