The Invisible Man was originality a classic novel written by H.G. Wells that was later turned  into a movie in 1933.  Recently in 2000-2002 it was recreated as a T.V. series.  The ever popular invisible man has been a fictional character that has captivated young minds of the power to move unseen. This photo was taken is Las Rambla, Barcelona by Shamus O’Reilly.  This spectacualr recreation of the Invisible man would defiantly be a street stopper piece of art. 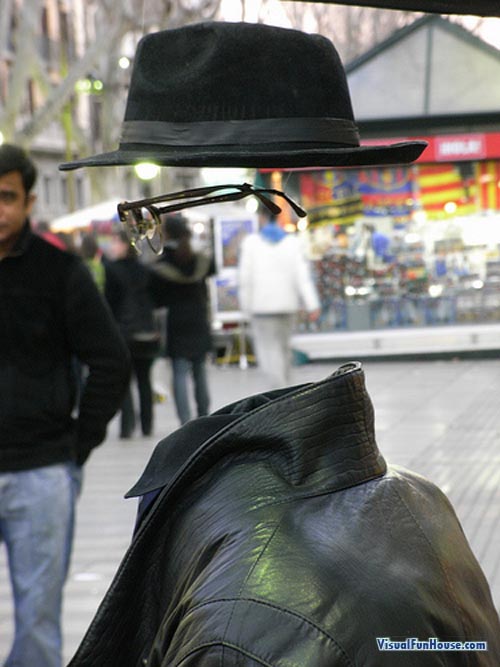