Huatulco Stone Face Optical Illusion is an actually picture taken in the  in Huatulco Mexico. Huatulco being a fairly natural and untouched city has numbers hidden beaches and bays just waiting to be explored. The vivid stone face has become a tourist site seeing destination for Huatulco. Mother nature has its way of hiding lots of hidden faces such as the face in the fire optical illusion, or the lady in the tree optical illusion. Also be sure to check out some of the other Hidden Image Optical Illusions. 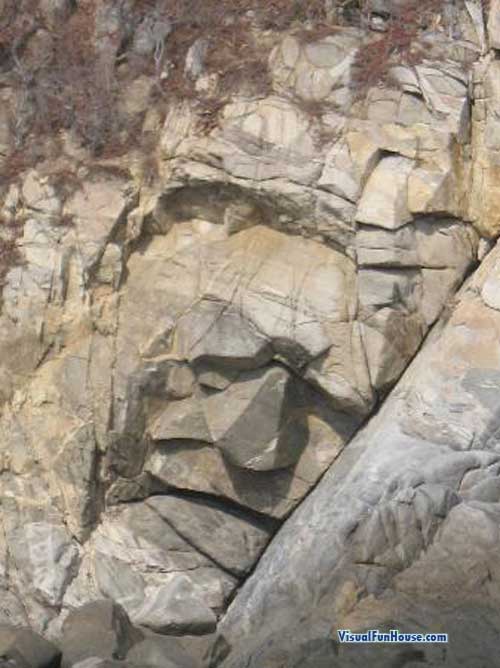