3D Two Dimensional Fly Optical Illusion is one strange image. The fly it self is 2d like an old school comic, but on the other hand its 3d in respect to the fact that is come out at you over many objects and angles. The first Giant Fly was created back in 1982 in the Bronx in New York. The second fly was also done in 82 in San Fransisco, i’m assuming it the same artists either that or a dedicated copy cat! Well enjoy your three dimensional 2D flash back from the 80’s style optical illusions. 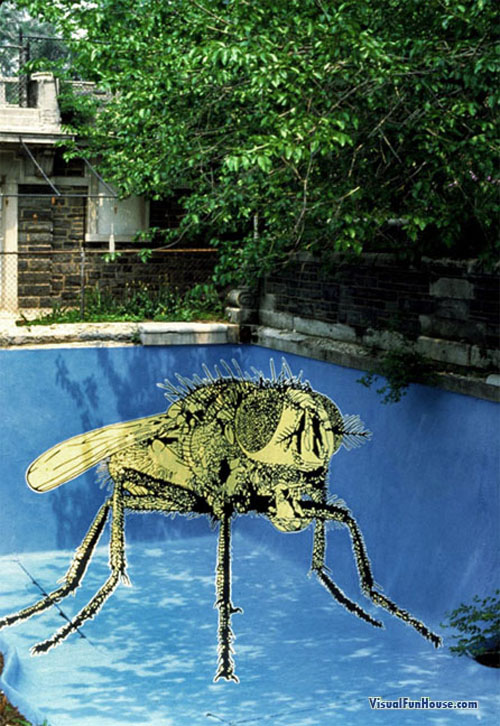 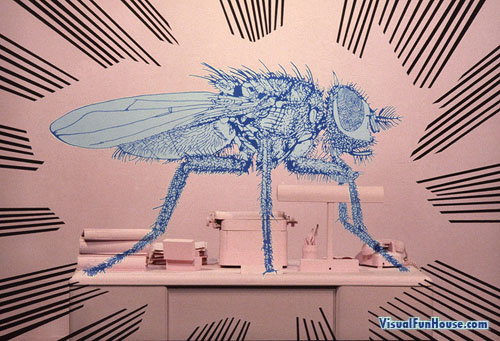