While browsing the net the other day I came across a very strange Tattoo Optical Illusions, these tattoos were designed to trick ones eyes and take a second glance to try and figure out what the heck was going on.. Personally I don’t know how you could do that to your self but hey each to their own. The first would be a weird one to see, the guy has tattooed a face on the back of his head. cutting his hair to appear as facial hair on his tattoo, This give a whole new meaning to the term two faced! I have No idea how he would do that to himself permanently but its kinda of neat to see (in a creepy way!) The second is of an intense wound being held together with giant stitches, this one looks quite real and gives him a nice Frankenstein effect! The last one is a little strange, he has a tattoo of his face on his arm, so when hes blocking the bright sun out of his eyes, you would still be able to see those nice eyes, mom would be so proud! Kinda like a jackass thing to do (yes I mean the movie!)
To check out something a little more on the cute side, be sure to check out the painted hand animals! 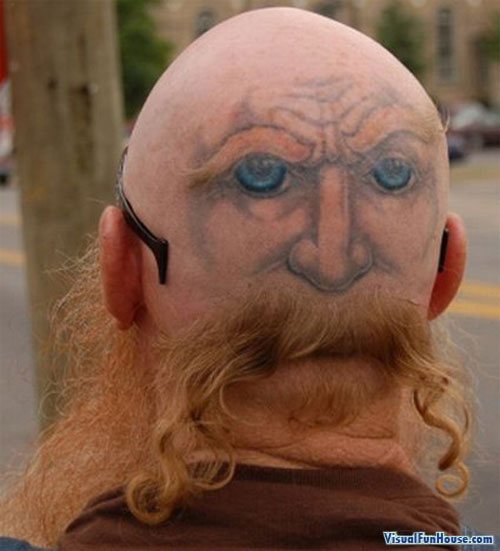 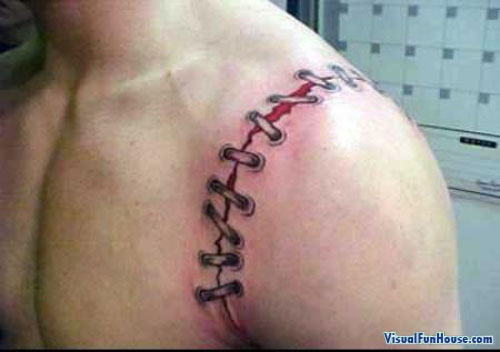 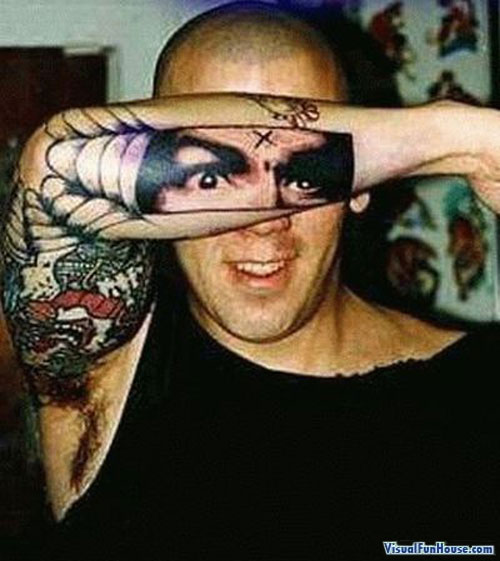