Good billboard advertisements have always been a favorite of mine, especially when they contain some sort of cleaver optical illusion in them. the Weight loss billboard Optical Illusion are two advertisement illusion that have I have seen targeted at loosing that gut you are carrying around. Sweetex did the first billboard below with a simple yet effect way to add a little more effect to their billboard. Silbermans model was a little to heavy.. even for the billboard! 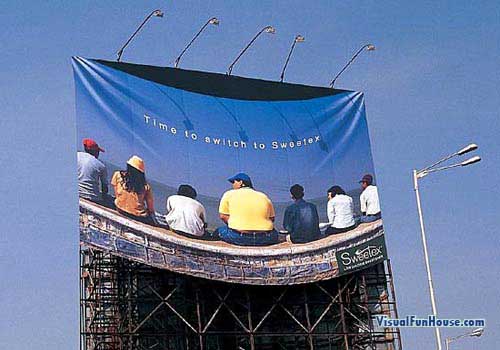