Architectural Optical Illusion is a pretty strange picture. This building is actually the Olympic Stadium in Montreal. The first question you have to ask your self was this planned? The curve in the tree is identical the the strange curvature of the building. I believe its an Olympic center some where.. This Extreme Architecture is pretty cool, and I would love to see more of it 🙂 Was this planned? or just a strange coincidence? 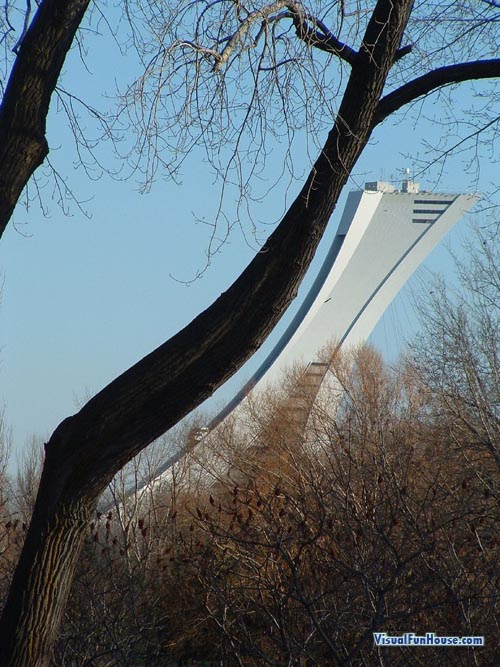