Kill Bill Elevator Advertisement is a pretty cool one. The man in front of the elevator door gets sliced open by the samurai kill bill star awaiting inside with her blood dripping blade. I’m not sure where they actually deployed this ad as I was just emailed the picture, but its defiantly an eye catcher. The hit movie Kill Bill was released in October 2003 and was nominated for a golden globe award as well as winning 12 other awards and being nominated for 41 in total. 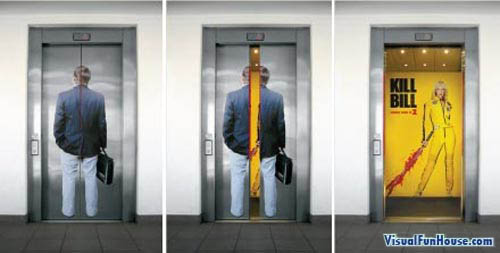